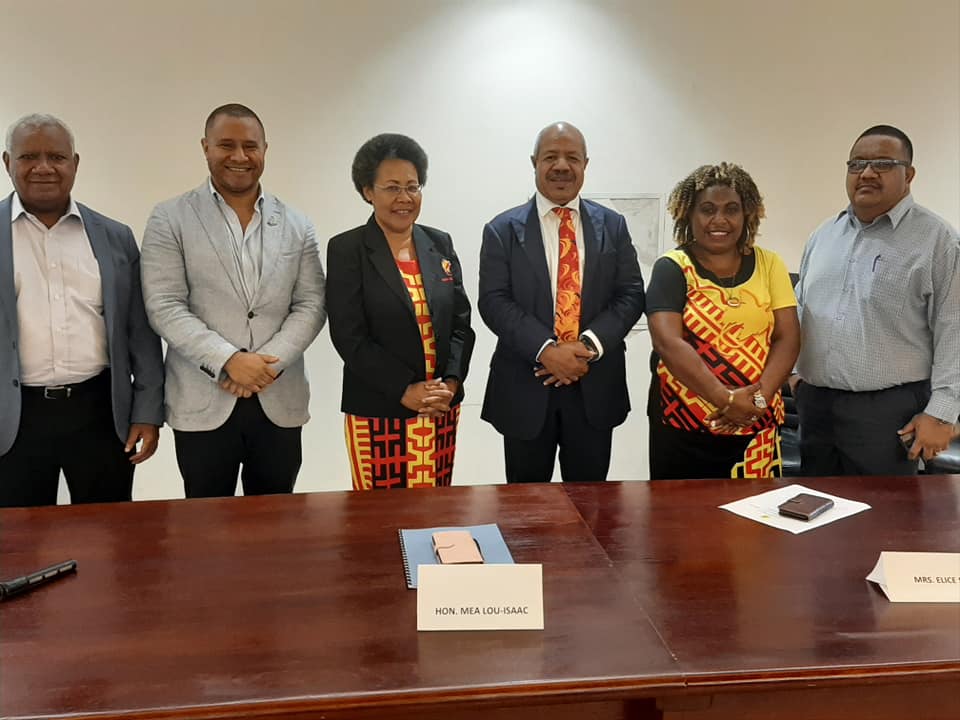 In front of Governor Parkop, City Manager Bernard Kipit, Deputy Governor and MKA Chairman Dadi Toka Jnr, Magistrate Tracey Ganaii, other Commissioners of the Board and senior staff of NCDC, both Mrs Elice Siki and Motu Koita Assembly Representative Hon. Mea-Lou Isaac were sworn in as Commissioners of the NCDC Board at the City Hall Boardroom today.

The appointments were made by Governor Parkop due to vacancies arising from the passing of late Commissioner Janet Sape and the election of new members of the Motu Koitabu Assembly.

Making the announcement, Mr Parkop welcomed them on board, spelling out their job descriptions around the areas of affirmation of women rights, gender equality and women empowerment to make the city peaceful and safe for women and girls.
He added that the gender equality agenda is an important that is shared globally and Port Moresby must also embrace this vision and goal.

“I am delighted to welcome our two distinguished women leaders onto the NCDC Board, as we need to collectively raise the role of women into leadership positions in our country. While various initiatives have been put in place to increase the opportunities for women, there is still a lot to be done and we must not relent. We just need to do it,” he said.

“Congratulations on your appointments as Commissioners of the NCDC Board. I welcome you to join us to lead the way for the future of our City. Gender diversity and inclusion is paramount to a balanced growth and development for the nation.

Speaking at the swearing-in ceremony at the City Hall, he said women folk both in the city and the indigenous villages will now have a voice at the board level so that their concerns will be heard.

“With the additions of Mrs Elice Siki and Hon. Mea-Lou Isaac, it is my hope that we will see improvements, and a more targeted review and interventions of women’s empowerment initiatives in the City, women and human rights affirmations and better gender balance and representation,” he said.

Siki does not only involve in the development of Women Rugby League, but also is an active participant of the Active City Development Program which is aimed at bringing the best out women and girls and other city residents.

He also called on the NCDC staff and management and city residents to extend their support to the newly-elected Commissioners to be able to do their work effectively.