Projects must comply with the Laws, says PNG PM Marape

James Marape had revealed that he had opposing views on the Papua LNG project, with his predecessor Peter O'Neill, which initially led to his defection then. 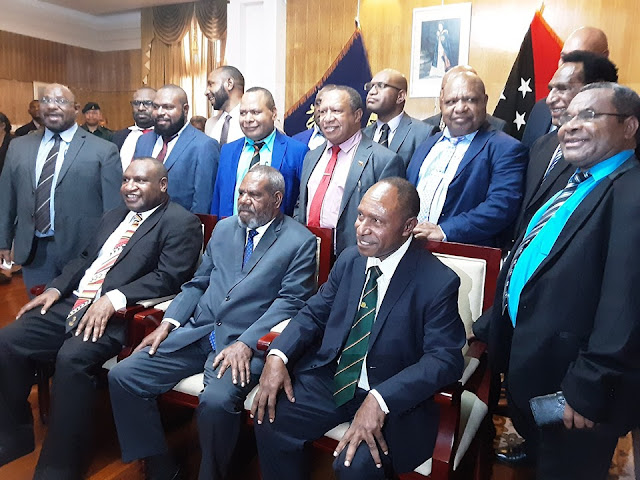 Replying to journalists if his government would review the terms of PNG's second LNG project, Mr Marape says all and various resource projects in the country will once again be screened if they are following the laws.

"If we find any project agreement, whether it is PNG LNG project or any projects for that matter, that has not fully complied with prescribed provisions of the laws then we are open to review it.

"We're not about breaking laws. We're about honoring existing laws in place.

"I have my views on certain laws I will announce in Parliament but these are prospective amendments that will take place possibly two, three years down the line.

"As part of our taking stock business we will go through them one by one, getting a snap shot and clear diagnostic into the industries.

"We do not want to harm them but to maximize and gain from them as a nation.

"The economy is bleeding and we need to ensure our economy maximizes the wealth from the resources God has given us."