Home Headlines PNG News O'Neill did more for PNG then other Prime Ministers would do, say PNG Trade Union

O'Neill did more for PNG then other Prime Ministers would do, say PNG Trade Union

“Whether you were a fan or not there’s no denying his list of achievements. These included free education, improved health services, roll out of major infrastructure projects and housing for public servants,” Mr Paska said in a statement yesterday. 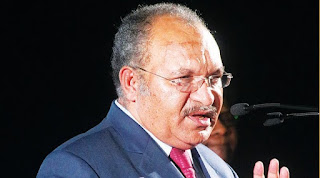 “At the foreign policy level, he staged the successful APEC, South Pacific Games and Under 21 Women’s World Cup soccer and showcased the nation to the world.

“He broke away from enormous pressure to keep minimum wages down and brought on improvements to the national minimum wages for workers of PNG. This decision improved demand by a massive K700 million which remains on shore as workers spend all of it in the local economy.

“A matter that stuck out like a sore thumb was the UBS loan.

This is most unfortunate as the upside of this was completely overlooked as opponents focused more on allegations of impropriety without assessing the positive outcomes brought on by the two LNG projects which he presided over.

“The acquisition of Ok Tedi by landowners and the State was done at the behest of Prime Minister O’Neill.

Landowner equity is the largest in PNG at OK Tedi and Bougainville,” Mr Paska said.

“The list is long but the point is made. In the space of time, Mr O’Neill accomplished more than what many prime ministers would do in a life time.

“It required bold (and) no-nonsense leadership which he provided.

“Prime Minister O’Neill would appropriately go down as perhaps the most daring, visionary and progressive Prime Minister PNG has had.”