5/01/2019 Headlines, Sports
International Olympic Committee (IOC) president Thomas Bach is set to visit Port Moresby on May 8-9 where he will participate in several events, including a meeting with Prime Minister and Minister for Sport Peter O’Neill. 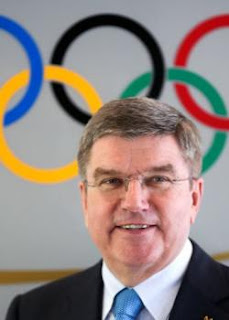 Bach will make the journey north following his stop-over on the Gold Coast, Australia, for the Sports Accord — an international sport and business summit focused on driving positive change through international co-operation and engagement with all stakeholders involved in sports development.

The meeting with O’Neill will cover a range of topics including government support for sports. Both leaders will then witness the signing of a memorandum of understanding between the PNG Olympic Committee and the PNG Sports Foundation.

There will be other events happening to commemorate his visit which includes a live exhibition of sports featuring some of the country’s elite athletes and a showcase of Team PNG Olympic participation.

“It is a privilege to have the head of one of the largest organisations in the world visit our country and we are working with our partners in government and corporate sector to ensure that he has a memorable visit.”

Bach’s visit is also to promote Olympism and bring more awareness on the Olympic Movement and the important role it plays in contributing to good order, positive sustainable development and world peace through sports.

Bach is a German Olympian who has represented his country in the sport of fencing. He won gold at the Montreal Games in 1976. Other sports he played were tennis and football.

A lawyer by profession, prior to becoming president of the IOC in 2013, Bach served as vice-president and was a founding member of the IOC’s Athletes Commission.