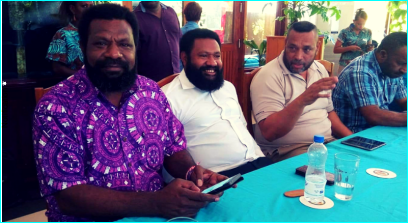 He said the Prime Minister's post is on the table and invited other parties to form the government.
Pruaitch also made mention of other cabinet ministers who resigned recently from the PNC party.
Last week saw the resignation of Enga Governor Peter Ipatas, SHP Governor William Powi, Hela Governor Philip
Undialu, Jiwaka Governor William Tongamp and Komo Margarima MP Manasseh Makiba.
Prior to that, two senior ministers, James Marape and Davis Steven, also resigned from their portfolio.
The Opposition now has 26 MPs in camp.
It is believed that more will be joining them.