PNG Opposition bent on a vote of no confidence

Pruaitch told The National that by the end of this week, MPs “in various camps” will join the Opposition “to make the numbers”. “It will be done when Parliament sits. It is a seven-day notice but anything can happen on the floor of Parliament,” he said. 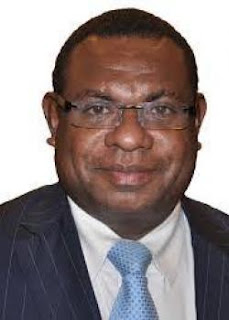 “We meet on May 7 and we can put the notice on that day.”

There are currently 24 MPs in the Opposition. Sandaun Governor Tony Wouwou was to have become the 25th yesterday but he later said he was not crossing the floor.

Pruaitch said “meetings were being held in various camps”.

“We know what’s happening within the camps which include James Marape’s camp and Sir Peter Ipatas’ camp called Ipu Camp,” he said.

“Towards the end of this week, we will combine our camps. That’s when we will confirm to the country that the government will be changed.”

Pruaitch said “candidates” for the PM’s position were still being discussed.

“We want to invite like-minded Government MPs to join so that a voice can be put to ensure that our country is safe. It is in the interest of our country that we must have a successful vote of no confidence.”

Meanwhile, two MPs say they are leaving the ruling People’s National Congress (PNC) party because they are dissatisfied with the leadership of Prime Minister Peter O’Neill.

They were with Tari-Pori MP James Marape who said he would wait for tomorrow’s party caucus before deciding on whether to hand in his resignation letter.

Benjamin voiced his lack of trust in O’Neill and dissatisfaction in the way decisions were made including the one on the Lombrum Base.

“We hosted the asylum seekers, and now Australia and the US (for the naval base). We as leaders of the province have never been consulted. Nothing was done for the people. Now it is time,” he said.

“My people are calling and I will answer their call by resigning from the People’s National Congress,” he said.