I have nothing to hide over Paladin Contract , says PNG Parliament Speaker Pomat 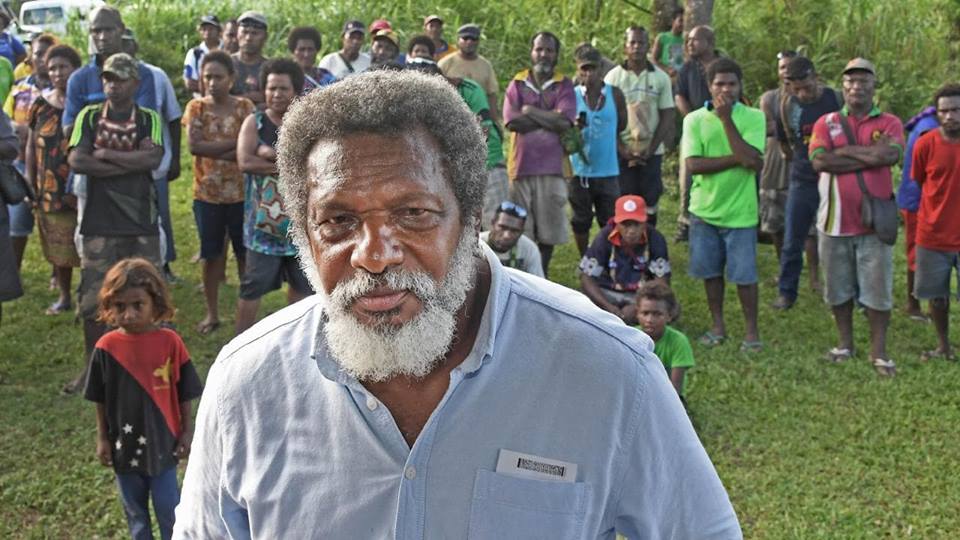 Papua New Guinea  Speaker of Parliament and Manus MP, Job Pomat, says he has nothing to hide over allegations of directly benefiting from security contracts on Manus Island worth over $420m or over a billion Kina.

Job Pomat’s remarks follow a recent report by the Australian Financial Review alleging that he was benefiting through a family company – Peren Investment which has an agreement with Paladin Solutions PNG to provide security, IT, local transport and some site management at the East Lorengau Transit Centre, Hillside Haus and West Lorengau Haus which accommodates the remaining asylum seekers.

Mr Pomat told NBC News, he is inviting all journalists to visit Manus and see first hand the documents and bank records that he will make public regarding the allegations.

The Australian Financial Review reports the agreement between Paladin and Peren was for the latter to provide up to 30 staff each within six months, as well as seven management staff.

Under the agreement, Peren would submit monthly invoices for this and other overheads including travel, accommodation, mobile phone and office equipment.

Job Pomat says like any other landowner company, there is nothing wrong with landowners benefiting from projects on their land.

Meantime, Mr Pomat is calling on Paladin Solutions PNG to come out clear on the security deal.

Paladin Solutions has been the focus of a Senate Estimates hearing in Australia, after revelations by the Australian Financial Review raised questions about how the thinly capitalized Paladin which had little experience, a poor reputation and no corporate structure was awarded such a lucrative contract.

Paladin has also recently purchased the contentious PNG private security company Black Swan, which has been forced to repeatedly deny rumours it has links to prime minister Peter O'Neill.

Sources on Manus claim Paladin’s contract is expected to end in June this year.

When asked about this, Speaker Pomat says he has no idea about the contract, adding that it is the Australian Government which is dealing with Paladin for the provision of services on the detention centre in Manus.

Attempts to get comments from Paladin management on this matter have been unsuccessful.

The Minister for Immigration and Border Security, Petrus Thomas, says the PNG government has no jurisdiction and decision making authority over contracts awarded to service providers at asylum-seeker camps on Manus.

In a statement Minister Thomas says all decisions on contracts and their awarding to service providers at the asylum-seeker camps are funded directly by the Australian Government under its own procurement rules and processes.

Mr Thomas clarified that PNG has no say over who is awarded these contracts or sub-contracts and even their values.

His comments come in light of recent reports that certain members of the Government are benefiting from contracts awarded by the Australian Government through the security firm Paladin Solutions.

Mr Thomas says speculations of PNG Government's involvement is false and misleading and the police will be involved to verify these allegations.

He says the PNG Government’s position is clear that there must be landowner and local participation in the provision of services when foreign companies are involved.

He says foreign companies that are awarded contracts are encouraged to engage local companies and recruit local labor in the provision of services.

He says PNG and Australian Government officials will meet soon to discuss the way forward on management of services provided by the residents that are remaining.

The Minister says the PNG Government is keen to see the closure of facilities on Manus and is happy with the significant progress made so far in the resettlement of refugees in the United States.

Meantime, the Australian government is distancing itself from the security services contract on Manus, arguing the matter was appropriately dealt with.

The Department of Home Affairs has defended its handling of the over K1bn contract to Paladin Holdings, a relatively unknown company registered to a PO Box in Singapore with an Australian subsidiary formerly registered to a beach shack on Kangaroo Island in south Australia.

Questions have been raised as to why the contract was not awarded to a more established company and whether it represents value for money.

"Ministers in our system aren't responsible for signing off on these sorts of contracts.

"There are probity lawyers that are involved, all sorts of processes and checks are in place within the departments and they deal with multi-billion dollars spends each year," Mr Dutton said.