A boost in PNG Opposition Numbers as EHP Governor crosses over 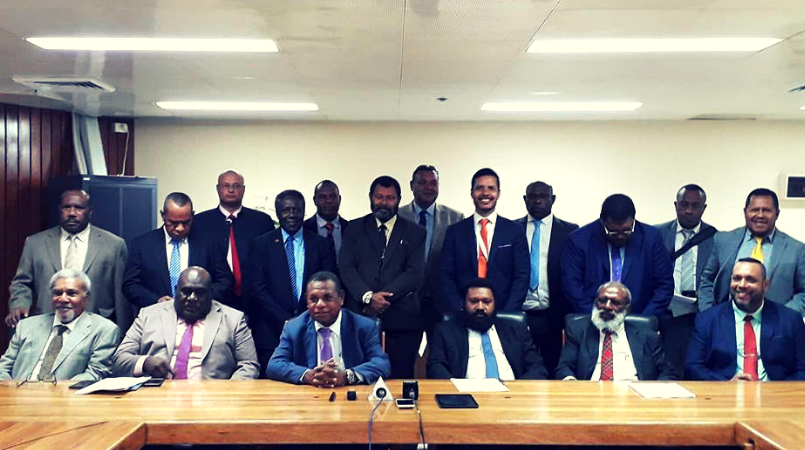 Eastern Highlands governor Peter Numu has joined the Opposition block in an unprecedented move today during parliament sitting amid plans to unseat Prime Minister Peter O’Neill in a vote of no confidence motion.

Governor Numu said his “move to opposition was an individual decision as a national leader”and he was not influenced in any way.
“I see that there is a greater need for us as leaders to contribute to ensure our country is in order before we can talk about our province and districts. National interest is of paramount importance,” said Mr Numu.

Governor Numu’s move to the opposition makes him the first leader from from his province to break ranks with the government leaving behind 8 other open MP’s in government.

“Governor Numu has for the time in many many years taken a bold and very transparent move to cross the floor from the government side to the opposition,” said Pruaitch.

He said the crossing over by the governor for Eastern Highlands goes to confirm that government itself is cracking up.

Mr Pruaitch has appealed to other members of government; especially those leaders who put the peoples interests ahead of their own to come out and help the Opposition structure a new government for the people of this nation.  PNGFM
SHARE THIS
Share it Tweet Share it Share it Pin it