Miriku urges people of Kereaka on Bougainville to continue the fight 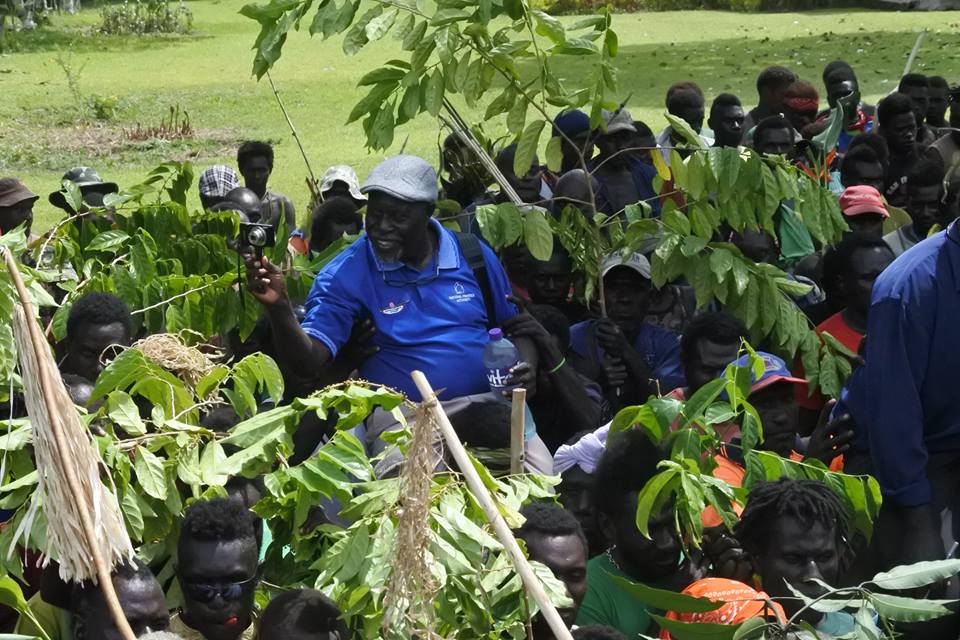 The former ABG Speaker, ANDREW MIRIKI yesterday thanked the people of KEREAKA for honouring the Bougainville Peace Agreement and laying down their weapons.
Speaking at the reconciliation ceremony in KURAIO,MR. MIRIKI said that he was with the Bougainville leaders during the crisis and again during the negotiation days and was happy that KEREAKA has shown their commitment for total peace on Bougainville.
MR. MIRIKI said that what the leaders have been fighting for will definitely become a reality if the people continue to surrender weapons and reconcile with his other.
He said that the final journey does not need weapons of destruction but tough negotiations with the National Government.
The former speaker stayed on to show some historical films to the people of Kereaka last night.