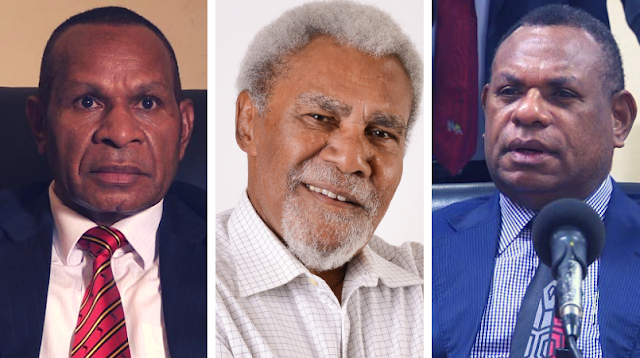 The merging of PNG Party with the National Alliance is a clear demonstration of the Opposition’s determination to do everything in its power to change the Prime Minister.

In a statement released today, the Member for Moresby North-West and former prime minister, Sir Mekere Morauta, said: “Papua New Guineans must now stand up and take the opportunity offered by this merger to talk to like-minded Members of Parliament on the Government benches to work with the Opposition to replace the Prime Minister.

“We know that there are some very good Members on the other side, even in PNC, who want change as they know that this Prime Minister is not fit to run the country.

“I am urging Papua New Guineans to come out and tell Peter O’Neill that ‘enough is enough’. He has been given enough opportunity – six years - to repair the country and change course from the path of destruction he has set. But we cannot put up with him any longer.”

Sir Mekere said it was a public shame that polio and leprosy had returned to Papua New Guinea; that there were drug shortages all over the country; that teachers had suffered a pay cut and that schools were closing.

Sir Mekere said the strengthened Opposition would bring extra focus on the problems with APEC, and more general issues brought about by the current government’s corruption, waste and mismanagement.

“I am very happy to join National Alliance along with my PNG Party colleagues, and together work with like-minded Members on the other side to replace the Prime Minister,” he said.

“The National Alliance is a well-established party with a record of stability and competent management. It has some outstanding Members of Parliament in its ranks.

“PNG Party has a record of undertaking reform and restoring the country to good health following the havoc caused by a previous PNC government.

“The two parties combined bring an unparalleled set of skills and experience and provide the best hope Papua New Guinea has to repair the damage of the last six years.”