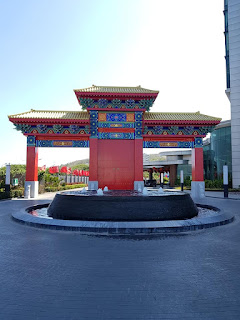 Chinese President Xi Jinping will meet Governor-General Sir Bob Dadae at the Grand Hall of Parliament as part of his two-day State visit to the country this week.

Clerk to Parliament Vela Konivaro told The National that Parliament had been closed to the public in the past few weeks to allow workers to prepare the premises for the president’s visit.

“President Xi will be paying a courtesy call on Sir Bob at Parliament’s Grand Hall so we have to make sure everything is prepared and all the security measures are in place,” he said.

Xi will arrive on Thursday.

“Parliament was closed to the public because of the work being done for Xi’s visit,” he said.

“A lot of work was done within Parliament’s precincts and we did not want the public to avoid disruptions.

“This was internal Parliament controls in place so that our work is uninterrupted.”

He said most of the work was completed.

Xi will also open the Independence Boulevard and will be accorded a 21-gun salute.