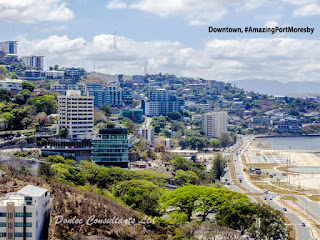 AN agreement by Papua New Guinea, China and Thailand was signed in Port Moresby yesterday to develop an integrated agriculture business worth K3.4 billion in the Abau district of Central.
The project called Cocoland Sugar Development Ltd (CSDL) is a joint venture by the three countries and is expected to create 64,000 jobs for Papua New Guineans and bring in a total of K3.4 billion in export revenue every year after completion, a company spokesman said.
CSDL executive director Chalee Wanchai said that the project comprised four elements – sugarcane plantations of 156,000 hectares, sugar mill processing 3.6 million tonnes every year, infrastructures like ports, wharves and roads built and a power plant to produce clean and cheap electricity using by-products from the sugar mill.
“The sugar farm has already started and we are looking at investing US$500 million (K1.7bil) for phase 1, US$250 million (K842mil) each for phase 2 and 3, so it’s a US$1 billion (K3.4bil) project to be implemented over 10 years.”
Wanchai is also the executive director for Thailand-based sugar milling firm Mitr Kasetr Industry Company Limited (MKICL), a major partner in this project. Wanchai said for each phase, 52,000 hectares of sugar cane will be planted every three years starting this year until 2028 when a total of 156,000 hectares will have been planted.
“The sugar mill is the same, its 20,000 tonnes per day processing plant for each phase and after 10 years, it will be 60,000 tonnes per day.
“On the employment, we are looking at creating 65,000 direct employments and in terms of revenue, we are looking at generating around US$300 million (K1bil) from the first phase, another US$300 million (K1bil) when phase two comes in and another US$350 to US$400 million (K1.2bil-K1.35bil) from phase 3.
“So it’s around US$1 billion (K3.4bil injected annually into PNG economy and circulated every year which will add to PNG’s GDP,” Wanchai said.
SHARE THIS
Share it Tweet Share it Share it Pin it