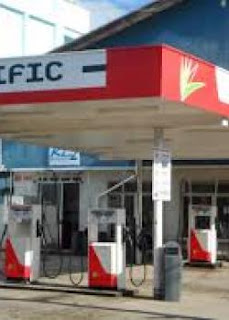 Fiji's annual imported fossil fuel bill amounts to $800 million (US$400 million) and this price varies with the fluctuating fuel prices.

Pacific Regional representative Green of Growth Planning and Implementation (GGPI) Katerina Syngellakis revealed this figure during a press conference on Pacific Islands Transport Forum at the University of the South Pacific last week. Syngellakis said the Pacific region as a whole had an annual import fossil fuel bill amounting to $6 billion (US$3 billion).

“Now all that fuel is being imported into Fiji and some of it is being reshipped to other smaller Pacific Island countries like Tuvalu and Kiribati.”

She said for Fiji alone its annual imported fossil fuel bill accounted for 60 per cent to 100 per cent of its annual gross domestic product which indicated how much we spent and depended on importing fossil fuel.

Sailing for Sustainability Fiji Ltd director Alison Newell also stated during the press conference that the cost of fuel was completely outside the control of any of the Pacific Island countries.

“And so what we are seeing in the global fuel industry at the moment is with international shipping for instance the International Maritime Organisation (IMO) has already brought in fuel quality controls which includes monitoring the sulfur contents of the fuel which isn’t a greenhouse gas but it has a huge health implications.

“There is a global ban that will kick in 2020 where ships are not allowed to carry high fuel oil,” Newell said.

“The reality is the transition that we need if we are going to try and meet 1.5 degrees is so huge that nobody in the Pacific is going to be able to do it alone and it is going to depend upon all of us working together collectively and as a fundamental role with the private sector and government along with academic institutions.”

The Pacific Islands Transport Forum which starts today is a great platform for the University of the South Pacific to showcase some of their students’ research and ideas in terms of looking for local solutions for our transport challenges.

Meanwhile,transforming the transport sector to invest in new technology that will reduce our dependence on fossil fuel transport systems is a challenge.

“Unfortunately up to now there has been little investment from government, international communities or even from the private sector in leading this strategy and what we are asking the private sector to do is to invest more money into new technology which will move us away from our current dependence on fossil fuels,” Borg said.

“We are just not here talking about the climate change issue and the emissions because as you know the Pacific contributes very little of those emissions but importantly our dependence on fossil fuels which is all imported and all that money we spend on fossil fuel can be better spend by our countries on social issues — on education and health.”

Borg added the transport forum today was not only about climate change but about our countries development and making better use of our resources.

“One thing we want to do is to at the forum is to try and demonstrate through an exposition running parallel to the forum where we want the private sector to come and show what is already available.

“There has been quite a lot of technology being developed recently that are already available on the market like electric vehicles, hybrid vehicles and new recharge stations for these vehicles that are completely solar so the world is moving in the right direction but not as fast as we would like it to. “As Pacific Island countries, we usually lack behind. We need to catch up because it is important for our countries.

“This time around we want to be at the forefront of these technologies and as we go along there are going to be more technology being developed in the sector and we need people to see this technology, touch them with their hands and make a judgement on whether they would be able to use this new technology rather than the old one that relies on fossil fuels.”.