Lifestyle diseases on the rise in PNG

10/02/2018 Headlines, PNG News
Papua New Guineans are urged to live a healthy lifestyle because lifestyle change and the prevalence of non-communicable diseases are rising.

This was the message that Health Minister Sir Puka Temu conveyed to the United Nations last week. Sir Puka told the UN General Assembly that PNG was experiencing an increase in blood pressure, diabetes, stroke and cancer which is the leading non-communicable disease. 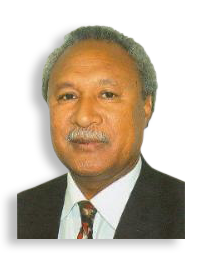 “It was before the world leaders at two important conferences on TB and NCD like heart attack, diabetes, kidney diseases and others where I revealed that PNG is among top 30 countries in the world with the highest TB burden,” he said.

• Implementing the Tobacco Control Act and developing regulations to support a stronger public response against smoking;

• Drafting a Radiation Control Bill to regulate radiation sources in PNG and allow the import of cobalt for our radiation treatments for cancer patients;

• Undertaking an Organic Law Review, Provincial Health Authorities Review and implementing District Development Authorities, all of which could provide the foundation for a better functioning health system; and

• Implementing the Cancer Control Policy and a National Multi-sectoral Strategic Plan 2015 to 2020 for Non-Communicable Diseases.

TB is being keenly felt in PNG and it remains a public health threat and kills more people in the country than any other infectious disease.