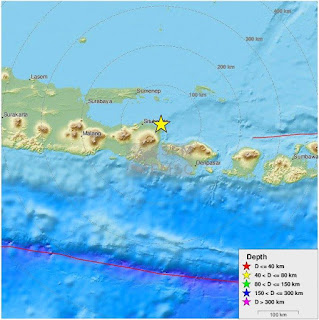 Tectonic plate movements along the border of the New Britain island in Papua New Guinea  awoke residents through a 7.0 magnitude earthquake.

Acting Director of the Rabaul Volcano Observatory - Ima Itikarai said the tremors were caused by the submission of the Solomon plate under the South Bismarck sea plate.

And because the surfaces are not smooth, the plates interact and caused the earthquake and several aftershocks that were felt.

He said no tsunami warning or effects on the nearby dormant volcanoes in both East and West New Britain provinces, have been issued.

The earthquake measured 60 kilometers in depth, with it's epicenter located in Pomio, about 70 km from the closest town of Bialla in West New Britain province.