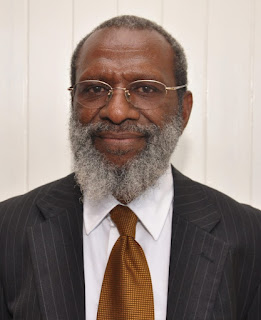 Papua New Guinea Shadow Minister for Justice and Attorney General Mr Kerenga Kua again calls on government to immediately appoint a third Ombudsman Commissioner as a vacancy has existed for the past two years.

Mr Kua said, “In the interest of the people of PNG the Prime Minister and the appointment committee need to meet to appoint a third ombudsman commissioner so that the backlog of complaints referred to the Office of the Ombudsman Commission can be deliberated upon; moved forward or dismissed.

“At the moment members of parliament, senior public servants are free to do as they wish as the body responsible to check on their activities is incapable of taking decisions as there are only two commissioners in office.

“Since the O’Neill government took office, this Constitutional Office has not been able to function properly and serve its mandated responsibilities and core functions. After the passing of the previous Chief Ombudsman Commissioner, the late Kronox Manek, Ms Phoebe Sangetari was only serving in an acting capacity until her term expired and was not renewed. A year ago, last February, the appointment committee only confirmed Mr Michael Dick as the Chief Ombudsman and Richard Pagen as a commissioner but a vacancy still exists.

“Constitutionally, there should be two commissioners plus the chief ombudsman commission, a total of 3 commissioners so the Office can function effectively.
“This protracted delay is a deliberate attempt to hinder the operations of the Office and make the backlog impossible to clear in a given period of time which so far seems to be the full term of this government.

“Despite the absence of a third commissioner, there is no reason for the OC not to be implementing the Leadership Code as they still have a legal team equipped to advise and carryout its functions and responsibilities,” said Mr Kua.
SHARE THIS
Share it Tweet Share it Share it Pin it