PNG Judiciary saddened at the passing of WHP judge 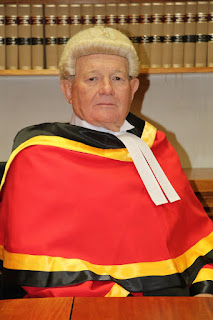 The Chief Justice today confirmed the death of the late Justice Harold Terrance Foulds, who at the time of his passing was a resident Judge for Western Highlands Province. He died in office whilst serving his first term as a Judge of the National and Supreme Courts.

He passed away in the early hours of Monday morning 17th September 2018, after a short illness.

The Late Judge was appointed by the Judicial and Legal Services Commission on 31st October 2016, to serve as a judge on the Bench of the National & Supreme Courts for a period of three years.
The Judiciary is deeply saddened by his untimely passing and offer our condolences to his partner Ms. Christine Coombes, family and friends who are equally saddened and mourning his death.

The Judiciary is in the process of organising funeral arrangements and repatriation of the body in liaison with the family and will inform the public once the arrangements have been completed.