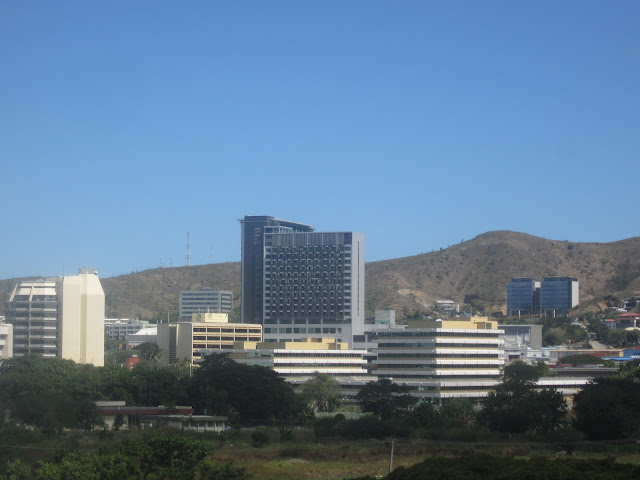 The construction of the major residential and commercial zone along Waigani Drive, is opposite the popular Vision City shopping mall.
The project was officially launched by its shareholders the National Capital District Commission, Lamana Development Limited, and Nambawan Super Limited.
It is being overseen by NCD Governor Powes Parkop, Nambawan Super chairman Anthony Smare, Lands Minister Justin Tkatchenko, and Lamana Development chairman Sir Kostas Constantinou.
The total development cost of the project is K296 million and consists of a large retail and residential complex.
The retail complex will feature two commercial buildings with a combined net area of 10,923 square meters with 280 car park spaces whilst the residential compound will consist of 88 townhouses and 140 car spaces.
The Range View ownership is split 56.72 per cent Nambawan Super, 12.76 per cent NCD, and 30.52 per cent Lamana Development Limited.
Mr Smaré, Chairman for Nambawan Super, said: “This investment highlights what can be achieved when public landowners such as the NCD Commission work with the nation’s largest investor Nambawan to drive development.
“I congratulate Governor Parkop on his leadership and vision in embracing this opportunity to partner with Nambawan Super in this development and I would also like to thank Minister Tkatchenko for his steadfast support in his capacity as Lands Minister for this project.
“This public-private partnership will benefit the residents of the nation’s capital through long-term recurring revenue for NCDC to support its services and provides another major retail and commercial hub for residents to shop at.
“It will also generate a long-term return for Nambawan’s members. This model can be replicated for other provinces if it meets our criteria, just like our successful partnership with the East New Britain Provincial Government through our joint investment with the Gazelle International Hotel,” Mr Smare said.
The Range View precinct project will be the second major recent precinct development for Nambawan Super in Port Moresby after the Nambawan Plaza which is scheduled to be completed at the start of 2019, and 67 luxury apartments will be available for tenancy soon. Rangeview is a Public-Private partnership with NCDC providing the land while Nambawan Super and Lamana are contributing funds to secure the development and completion of the project.
Rangeview is expected to be completed by December 2020. It is estimated that there will be over 500 jobs created during the construction phase of the project and 150 permanent jobs after completion.