8/28/2018 Headlines, Sports
Melbourne Storm have sprung a surprise by naming Ryan Hoffman in their 21-man squad for Friday night's blockbuster against the Penrith Panthers at AAMI Park. 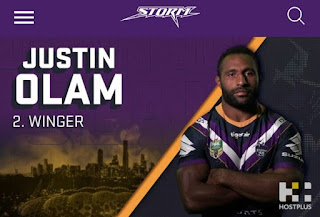 Hoffman has amazed medical staff with his rehabilitation to put himself in a position to be named in the 21 man squad for Friday night. He must however get through Thursday's Captain's Run before he is considered for final selection.

The veteran suffered a rupture to the central tendon in his left hamstring back in Round 22.

With no AFL in town and the chance to farewell two living legends in Billy Slater and Ryan Hoffman, make sure you are there for a special night at AAMI Park.