Highlands and Northern have four (4) each while New Guinea Islands have three (3). The squad was selected following the 2018 National Women’s Championships held in Port Moresby over the weekend.

Southern beat Northern 18-0 to be crowned champions. Three players from Australia have also been added to the squad.

She said the number of women taking part is growing and the future of our sport is looking bright.

Waram urged the players and staff to be good ambassadors of the game both on and off the field.

She thanked Oil Search for their continued support to this development.

Buskens said that one of the key community initiatives for Oil Search is empowering women, and Oil Search is pleased to work with the PNGRFL to pursue this, by giving the women and girls of PNG an opportunity to develop themselves through the code, and at the same time empower them.

Coach David Westley said selection was difficult given the standard of the game displayed by the women and girls over the weekend.

“The selectors had to make some tough decision but are confident of the team that we have selected, the core of which will form a nucleus of the Oil Search PNG Orchids for the next five years,” he said.

The captain will be named during the week before the team departs for Brisbane on Friday. 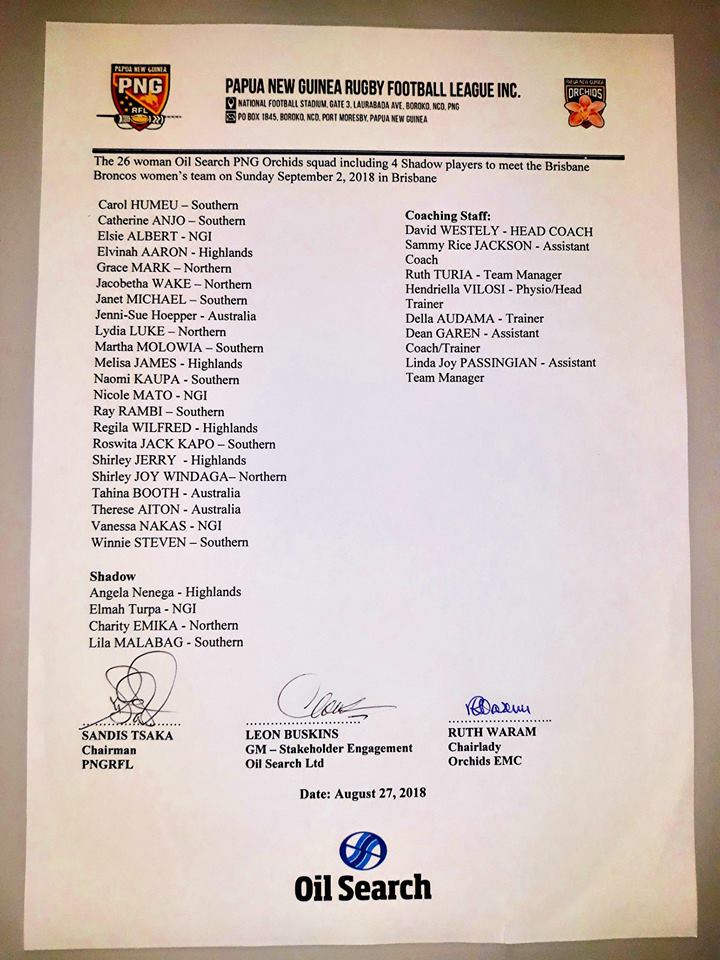