8/15/2018 Fiji News, Pacific News
Three senior Grace Road Church followers in Fiji have been taken in for questioning after a raid at the Churches headquarters in Navua Tuesday night. 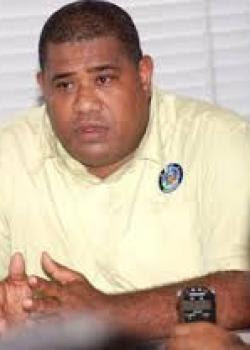 Director for Immigration, Nemani Vuniwaqa, has confirmed to FBC News the raid was conducted in collaboration with the Korean Police, Fijian Police and Immigration to detain around six members of the Grace Road Church.

Vuniwaqa said the raid however only resulted in three senior members being detained for questioning in relation to allegations of confinement and assault of 400 church members in Fiji.

The Director said three other suspects remain at large.

Vuniwaqa said Grace Road Church executives are working with Immigration to locate the other three suspects wanted in connection with the case.

Last month, the Grace Road Church Founder – Grace Ok-ju was arrested in Korea on allegations of incarceration, assault and the exploitation of foreign workers.

Ok-ju was arrested with three other members of the Church while arriving at Incheon airport.

Formal investigations by Fijian Police at the request of their Korean authorities began last week.