8/20/2018 Headlines, PNG News
New electorates are expected to be added to the 89 current ones when the general election is held in 2022, according to a Papua New Guinea minister. 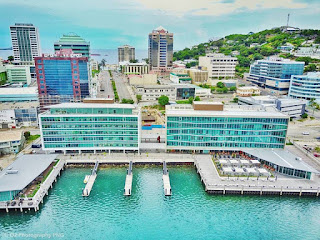 William Samb, the Minister assisting the Prime Minister on Bougainville Affairs and Constitutional Matters, said it was part of the new electoral reforms. The new electorates, the result of the splitting into two of some of the current big electorates around the country, will be announced soon.

“The process of electoral reform in PNG must be completed prior to the conduct of the 2022 national election.”

“The electoral reform is crucial in ensuring that the electoral process is fair and transparent, and the management of elections is seen to be efficient and effective,” Samb said.

“I am confident that the launching of the corporate plan will give the Electoral Commission a completely new direction in administering democratic elections by ensuring that the conduct of elections meet national and international best practices and standards,” he said.

Two of the biggest electorates in the country are Kairuku-Hiri in Central and Talasea in West New Britain.
Samb said the plan was to help the commission improve its performances by drawing on the experiences of the 2017 national election and past electoral events.

“This plan represents a sensible and realistic way forward to resolve on-going election issues such as voter registration and identification, polling and counting, legal reforms, electoral malpractice, fiscal management and other areas to improve electoral performances and accountability,” Samb said.

The commission is also drawing on the recommendations of local and international observer groups following the 2017 general election.

In his report on the 2017 general election, Electoral Commissioner Patilias Gamato said despite the challenges faced, 95 per cent of electorates were declared and their writs returned on time for the start of the 10th Parliament.

Gamato says a new Corporate Plan (2018 to 2022) will ensure that the next general election in 2022 is prepared and conducted in a better manner than past elections.

“This plan is an innovative and comprehensive approach to recognise the importance of a long-term cycle in strategic planning of elections in Papua New Guinea,” he said.

“It also establishes new initiatives to improve on the Electoral Commission’s work in planning, preparing and delivering a democratic election in the country.”

Gamato said the plan presented a “clear, precise roadmap” for the commission in its management, learning from mistakes of the 2017 event and on the recommendations of domestic and international observers.

Gamato said during the launching of the plan in Port Moresby on Friday that it included a review of electoral boundaries, legislative changes on the electoral framework, the conduct of the 2019 local level government elections, conduct of the 2022 general election, organisational restructuring of the Electoral Commission, and the use of appropriate technology to help the commission in delivering successful elections.

But he warned that for the plan to be successful, financial assistance was needed from the Government, provinces and international partners.

He said a well-resourced and trained commission would implement the plan with a highly skilled workforce.