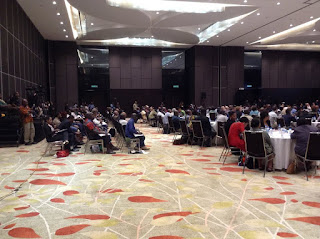 The ABG President Chief DR.JOHN MOMIS has asked the National Research Institute to plan and organize similar Referendum Conferences as the one that ended in Port Moresby yesterday.

President MOMIS said independent organizations such as the NRI can organize similar conferences in pidgin so that many people can participate really understand the Referendum.

He said the Conference has been successful but if organized on Bougainville especially in the three centres of Buka, Arawa and Buin more people especially ordinary people can participate in.

President MOMIS presentations by researchers provided facts and figures which are important and people can really understand.

He made these remarks when talking live on FM 100 and EMTV in Port Moresby today.
President Momis also answered questions from listeners who called on the Bougainville Referendum and on how Bougainville is preparing for the referendum that will be conducted next year.

One caller who called from Port Moresby wanted the ABG to involve more youths in the referendum awareness as it will be their future that will be decided at the Referendum. New Dawn FM