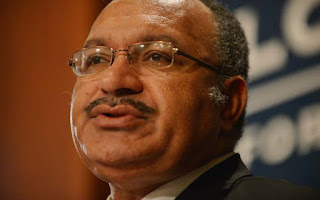 The long-standing invitation for the visit will strengthen trade and enhance jobs, with a number of new agreements to be signed.

“China is a leading trading and close development partner of Papua New Guinea, and there a number of new initiatives that we are working on together,” the Prime Minister said.

“I look forward to meeting with President Xi Jinping and Premier Li Keqiang, followed by engagement between senior business leaders from both countries.

“As a developing country, we need to further integrate our economy to the global economy.

“Our engagement with China will further open up Papua New Guinea’s trade and investment opportunities.

“China is playing a very important role globally, it is the second largest economy in the world, and we cannot sit back and isolate our economy.

“The rest the world, including Australia and the United States, are doing business with China.

“Increased global trade creates jobs in our country for our people, and creates opportunities for our small businesses.”

“The AIIB is an investment bank that is focused on making infrastructure investment in the region, and it provides opportunities for cheaper access to funding for our country.

“It has members including Australia, the United Kingdom and New Zealand, and Papua New Guinea is the first Pacific country to become a member.

“We are the last country at the end of that supply chain, and we have to look at what we can continue to export into China.

“We look forward to advancing discussion on this initiative and the opportunities it might provide for our economy.

“China is a huge market for Papua New Guinea, and we have to secure this access for our country into the future.”

The Prime Minister highlighted the development trajectory of China in recent decades, and said there is a lot to be gained for Papua New Guinea in learning from this experience.

“We have to remember, that China is still a developing country, and the only country in the history of humanity who have been able to move around 500 million people out of poverty to start entering the middle classes.

“We have a lot to learn from China’s experience, this is experience that we can apply in our own country as we develop our Nation.”

PM O’Neill said the combined group traveling will be a significant Public and Private Sector delegation, with the authority to deal with high levels of Government.

“The Government delegation is 19 people, so not a large delegation, that will be joined by the business delegation.

“We have done this so that we can extend invitations to private sector companies, who are doing business in China to attend the visit.

“The private sector will pay their own way on the charter, and are taking up most of the cost of the visit, and so will reduce expense to the state.

“In September, Air Niugini will start bookings for the first commercial flight to China, so this is a good trail run to test logistical arrangements for Air Niugini.”

Finally, the Prime Minister said he welcomes the opportunity to discuss 2018 APEC planning with the Government of China.

“President Xi Jinping was the first APEC Leader to confirm that he will attend the APEC Leaders’ Summit in Port Moresby this year,” the Prime Minister said.

“We look forward to receiving President Xi and his delegation in November, and Papua New Guinea has invited the President for a State Visit in the days before the APEC Summit.”