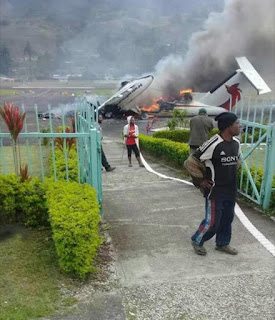 The Prime Minister,  Peter O’Neill, has condemned attempts by the Opposition for trying to politicise unrest in the Southern Highlands Province over the past week.

PM O’Neill said now is the time for parties involved in the court decision that preceded the unrest to work together.

“Yesterday, I organised for the Leaders of the Southern Highlands to meet, particularly those involved in the election dispute, so we can work together to manage expectations of our people in the province,” the Prime Minister said.

“The disputed parties were at the National Court in Waigani when the unrest took place, so they could not be on the ground to manage the reaction of supporters.

“Importantly, the two leaders involved in the court challenge will talk with their supporters.

“Southern Highlands is a province where we have had similar problems in the past.

“We have seen election-related violence, we have had failed elections and a State of Emergency, and this was even when the previous National Alliance government was in power.

“We know who as involved in this situation and we will allow the relevant authorities to bring to justice those who were involved with this situation.

“Our Government will never condone this sort of behaviour, and we will enforce the State of Emergency so that we properly address the law and order issues that are on the ground and charge those responsible.

The Prime Minister said he also takes note of the unfortunate behaviour of the National Opposition following the unrest.

“Every time there is an incident around the country, the opposition always calls for my resignation.

“They should know that the only way to beat me is to go to elections and try to beat me on the floor of Parliament.

“We have a situation where public and private assets have been damaged by an unruly mob, and the Opposition is siding with these individuals to make their own political gain.

“What kind of Opposition do we have that they would not condemn such behaviour, but would use it to attempt to stir up emotions for their own political interests.

“We need strong political leadership for both sides of the Parliament, to work together for the common good of our country.

“Our Government, regardless of the behaviour of the Opposition, is working with all relevant parties in the Southern Highlands Province to restore normalcy.

“We are working with provincial leaders and restoring calm and normalcy in Mendi and affected areas in Nipa.

“All districts are now resolving the issues with no further reports of unrest in the other three districts.

“I want to thank the police and the military for the work they have done on the ground to calm emotions and to prevent further unlawful actions.

“I call on all Leaders, especially those in the opposition, to let State agencies do their job independently, and not to interfere or try to further politicise this process.

“Political interference is one of the main reasons we are seeing activities such as last week, and this continues to undermine the criminal justice system of our country.

“Too often we see situations arise, and instead of allowing the law and justice process take its course, politicians get involved and interfere, or start offering compensation and undermine the legal process.

This has to end.

“It is a pity that almost one year into the new Parliament, we are yet to see any substantial policy framework from these people who claim to be the alternative government.

“This lack of policy is simply because the Opposition have no policies for the country.

“We have had NA-led Governments in the past and all they could do is waste money.

“This includes the NADP and RESI program and community colleges where the people’s money was simply squandered, and still they are to answer what happened to this money spent by the National Alliance government.”
SHARE THIS
Share it Tweet Share it Share it Pin it