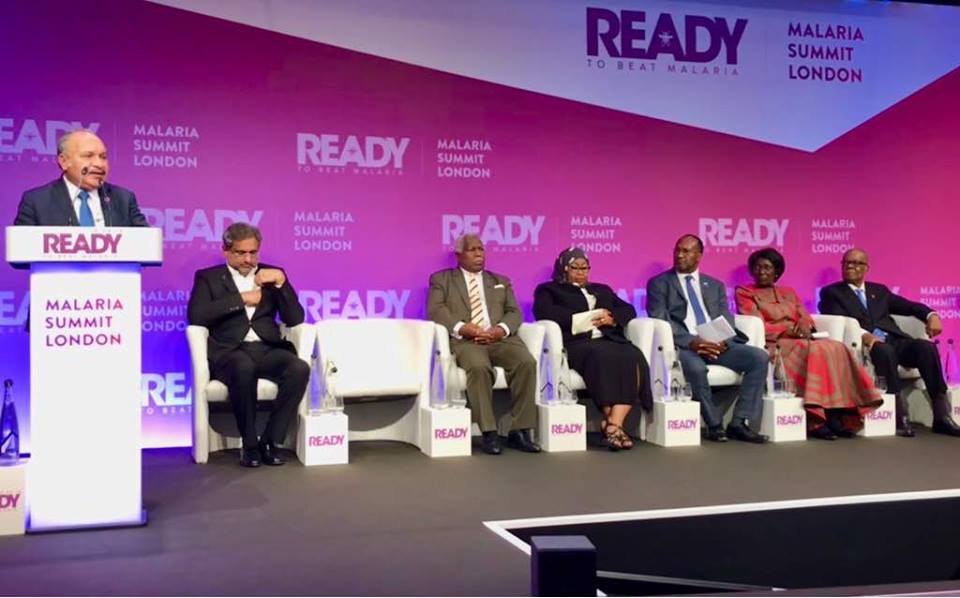 Commonwealth countries have agreed to further enhance efforts to deal the threats posed by the spread of malaria, particularly in developing nations.

Speaking at the 2018 Malaria Summit London, that was held in conjunction with the Commonwealth Heads of Government Meeting (CHOGM) in London this week, Papua New Guinea’s Prime Minister,  Peter O’Neill  committed to enhance regional efforts to combat the disease.

The Summit, that included presentations from Bill and Melinda Gates Foundation Co-Chair, Bill Gates, the Prince of Wales, HRH Prince Charles, and a number of world leaders, discussed plans to overcome malaria within the next generation.

PM O’Neill provided insight on current efforts in Papua New Guinea to treat the disease and to enhance preparedness for affected areas.

“Commonwealth countries have made great progress in dealing with malaria over recent decades,” the Prime Minister said.

“At the same time in our own country, and around the Commonwealth, there have been increases in the number of cases of Malaria in certain areas.
“We all know that Malaria affects the poorest in our communities, particularly the most vulnerable, our children.

“Malaria affects productivity and leads to economic and social hardship.

“Being poor should never deny a person’s right to a healthy and productive life.

“Papua New Guinea joins with our Commonwealth partners to better deliver care to those who contract the disease, and to work harder on prevention.”
The Prime Minister highlighted the importance of international co-operation to strengthen efforts.

“In Papua New Guinea, we thank the many partner countries, NGOs and the private sector, who have joined with us to fight malaria in our country and in other nations.

“I would like to thank the Bill and Melinda Gates Foundation for their generous contributions to combat the spread of malaria and other disease such as tuberculosis.

“I look forward to continuing our commitment to eliminate malaria from our country, from Melanesia, from the Pacific region and from the Commonwealth.

At the conclusion of the Summit, the Prime Ministers of Papua New Guinea, Vanuatu, and the Solomon Islands signed a joint communique to maintain focus on eliminating malaria.
In the Communique, the Leaders: “Reaffirmed commitment to the goal of an Asia-Pacific free of malaria by 2030. We endorse the Asia-Pacific Leaders’ Malaria Elimination Roadmap as a framework for shared action. We are committed to the Roadmap’s six priority areas.”

“We are further increasing domestic financing and working with global partners, while undertaking real innovation in all of our measures to prevent the spread of malaria.”