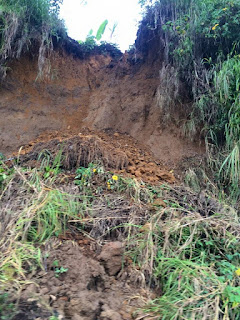 37 people have been confirmed dead while another 25 deaths are yet to be confirmed in the Southern Highlands Province after the massive 7.5 magnitude earthquake devastated the province on the 26 February.

Acting Provincial Administrator Thomas Elluh has confirmed the reports after an assessment report was provided by the district teams providing information on the ground.

He said of the 37 deaths, 23 were from Nipa district, 11 in Mendi, and 3 in Ialibu Pangia district

Mr. Elluh said a major hiccup in receiving timely reports was the communication lines in the province after reports of telecommunication towers damaged across the affected areas in the Highlands region.

He said the disaster team in the province needs at least 2 choppers to carry out assessments and reports on how much damage has been caused in all parts of the province.

“We currently are using just one chopper and its not enough to assess the whole province,” said Mr. Elluh.

He said the people in the province are in dire need of relief supplies especially food, water and shelter and called on the government to speed up efforts to assist the affected areas.
SHARE THIS
Share it Tweet Share it Share it Pin it