Safety not guaranteed in Hela Province 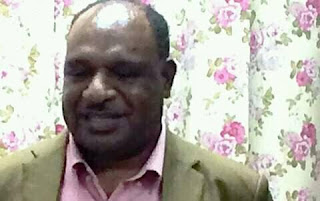 The safety of Police and Correctional Service officers is not guaranteed in Hela province."

Hela Provincial Administrator William Bando made this statement following the incident of a police officer shot and killed a week ago.

He has called on police hierarchy to conduct investigations into the death of the police officer and other two also shot last year.

“Investigations has not commenced and the police hierarchy need to wake up and get down to the bottom of this, because these are their men, 3 men from one same district getting shot down in a space of 3 months."

He said there are many civilians and safety is a cause of concern and policemen being shot down, armed police men getting shot down.

“The issue of safety is not guaranteed for all of us including security officers like Police and Correctional Service officers."