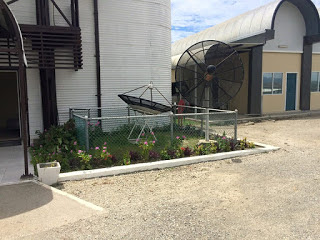 In a press conference this week, spokesman for the National Weather Service (NWS) Working Committee Mr Lawrence Aumora said that the strike by the NWS will continue for an indefinite period.

Despite reports by the Department of Transport’s Secretary on the NWS Staff’s job security, the NWS Working Committee have confirmed that they have the support of the 63 National Weather Service Staff nationwide.
The Working Committee have made it clear to the media that their strike was about their PAY DISCREPANCIES since 2009, and not to do with overtime payments, although that was another issue to deal with.
Mr Aumora stated that their complaints have been made clear to the authorities back in January 19th 2017, however only a verbal agreement was made by the Department of Transport regarding the issue.
It was noted that most of the National Weather Service Staff had been paid two pay grade levels below their actual pay grade levels.
Mr Aumora stated that all procedures needed for the strike to take place have been taken and thus the strike was not illegal.
“Our strike action will only come to a stop until and unless there is a written agreement made by the Secretary of Transport Department and Secretary of the Department of Personal Management that our issues will be addressed and it must be signed in black and white by the two secretaries.” Mr Aumora said.
Meanwhile all Weather Reports from the National Weather Service have stopped and will soon affect those in the Maritime and Aviation fields.
SHARE THIS
Share it Tweet Share it Share it Pin it