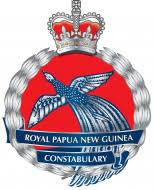 Corporal Brian Mulo, the police officer, whose identity was implicated in the one of the most daring police impersonation cases, has called for drastic improvements in standards and professionalism in the Royal Papua New Guinea Constabulary.

Corporal Mulo, a veteran officer with 26 years of service and currently the Second-in-Charge of police prosecution in Aitape, West Sepik province, expressed disappointment that his reputation was tarnished after convicted arm robber and escapee, Adam Peter, managed to bypass the required standard procedures of the RPNGC and posed in the last three months as police officer, Brian Mulo, in Finschaffen, Morobe province.

Corporal Brian Mulo, has called on the Police hierachy and the government to seriously address and improve the standards and systems in place to prevent the abuse of police functions and powers.

He suggested a review and overhaul of the police recruitment process, improve control measures on the manufacturing, issuing and sales of police uniforms and also to amend laws to see tougher penalties imposed on impersonators.

“I am someone who is always concerned about the abuse of police uniforms, especially in impersonation cases and never knew that it would happen to me by becoming implicated in such a case,” Corporal Mulo said.

Corporal Mulo, who formerly served in East New Britain province in the police dog unit, says two important details among others which are required for confirmation in any police transfer are the regimental number and payroll number.

Meanwhile, recent print media reports identified the concerned station commander as Seargent Taki Dewop, who has since been suspended awaiting investigation into the incident.