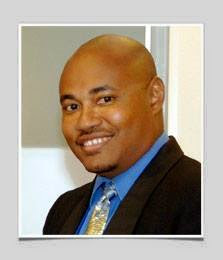 The Media Council has described as unacceptable recent harassment and violence targeting media personnel covering Papua New Guinea’s 2017 General Election.
The MCPNG said an incident last Thursday May 11 resulting in the harassment and assaulting of an EMTV camera crew in the Moresby South electorate in the National Capital District is unacceptable and unwarranted.
The media have an important role to play in the dissemination of information and awareness on the 3331 candidates contesting the 89 open electorates and 22 provincial seats, says council president Alexander Rheeney.
“Papua New Guinea’s 4 million-plus eligible voters are depending on the media for critical information on the 2017 General Election, the candidates as well as political parties and their policies. The media should be allowed to report without fear or favour in this general election as they have in previous general elections,” he said.
“The incident last Thursday involving an EMTV camera crew and the supporters of a particular candidate is unacceptable. All candidates should accept responsibility for the conduct of their supporters so any unruly behavior should and will be reported to the appropriate authorities.”
The media industry remains united and vigilant in its strive to inform, educate and make aware the attributes of the various candidates running for political office, for the benefit of PNG’s eligible voters according to Mr Rheeney.
2
“Our journalists, reporters, photographers and camera crew should be given access to political rallies and community gatherings for news purposes. It is their job to report on the activities and conduct of the candidates and their supporters during the campaign period and polling.”
Mr Rheeney said if candidates and supporters had issues with the coverage they should contact the individual news organization and make a complaint or bring it to the attention of the MCPNG, which can liaise and raise it with the organization’s management.
“Harassment and violence is not a solution and can never be a solution in the resolution of disputes relating to press coverage. All media organizations have protocols to address reader and viewer concerns so that is the best path to take,” he added.
SHARE THIS
Share it Tweet Share it Share it Pin it