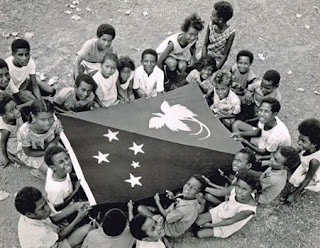 The woman who had designed Papua New Guinea's national flag has died.
Susan Karike Huhume, the 63-year old from Meii Village in Gulf province passed around 2 o'clock this afternoon at the Port Moresby General Hospital.
She had suffered a stroke and was in a coma since last week until her passing at the Critical Care Unit.
Ms Karike leaves behind her husband, four children and 12 grandchildren.
A family representative had complained to NBC News, that Ms Karike was never given the recognition for her role over the last 30 years.
NBC News
SHARE THIS
Share it Tweet Share it Share it Pin it