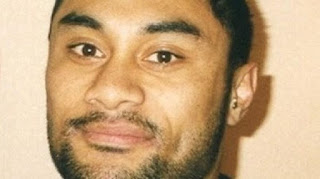 A man accused of infecting his boyfriend with HIV has been found guilty by a jury in a court in New Zealand.

Mikio Filitonga, 37, was on trial at the Auckland District Court for causing grievous bodily harm with reckless disregard and committing a criminal nuisance by doing an unlawful act.

The Crown said Filitonga, knowing himself to be positive after a test in May 2013 and "fully aware of his obligation to disclose his health status to his sexual partner", had unprotected sex with his live-in boyfriend from February 2014.

This caused his partner, who has name suppression, to contract HIV.

NZ Herald reports the defence said the complainant was untrustworthy and could have got the virus from someone else and that before they had intercourse the defendant told him he was positive.

After almost seven hours of deliberations, the jury found Filitonga guilty of both charges.

A woman yelled: "I have something to say. I'm really disgusted with the verdict. My brother is innocent."

Other family members and friends appeared to be fuming and some cried.

Filitonga's sister, Sharon Smith, said her brother was innocent and they were "very, very disappointed" with the verdict.

"He's the most loving, caring and honest man. This is not his character," she told the Herald outside court.

Smith said they would appeal the decision "whatever it costs".

Filitonga will be sentenced in May.

The complainant said he asked Filitonga about his HIV status and he told him he'd had a test three months earlier and was negative.

After two months of dating and during a holiday to the Philippines with friends, the man grew ill with nausea, aches, a fever and a rash which spread over his body.

During evidence he said he figured it was probably a tropical virus but later learned these were symptoms of seroconversion, when a person first develops antibodies for HIV.