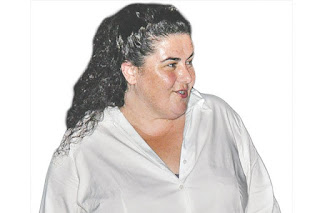 PRINCIPAL lawyer of Twivey lawyers Tiffany Twivey (pictured) has been committed to stand trial in the National Court to face a charge of perverting the course of justice.
Waigani Committal Court Magistrate John Kaumi in committing Twivey said there was sufficient evidence in the case.

Kaumi made the ruling yesterday in favour of the State and told Twivey there was evidence to “have you committed to stand trial at the Waigani National Court.
Kaumi said: “You will stand trial at the National Court because this court (committal court) has found evidences which are strong enough to warrant a trial. Twivey, 49, is expected to appear on March 20,  for listings. Her K1,000 bail was extended.

Twivey was arrested on April 11 last year by officers from the National Fraud and Anti-Corruption Directorate (NFACD) headed by director Mathew Damaru and the matter first came to court on May 4, last year, but held over for an indefinite period.

The NFACD then transferred the files to the police prosecution at Boroko to proceed with Twivey’s matter from where they (NFACD) left.
Police prosecutor Constable Joseph Sangam brought the case before the court to recall the matter for the decision.

It was alleged that between July 28, and 30, 2015, Twivey  acted for her client Dairi Vele and did attempt to pervert the course of justice in circumstances where she, without  knowledge and authority from a Timothy Gitua (police informant) and/or the leave of the district court to replace the name of Gitua with Royal Constabulary of Papua New Guinea Police Force in the court proceeded title NCC No- 641 of 2015.