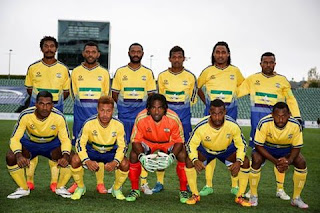 Lae City Dwellers is confident of a good outing in this year's Oceania Football Confederation League championship.
The Dwellers will leave the country on Thursday 02 March to Fiji for two friendly matches against Suva FC and the Fiji national team before heading up to New Zealand for the OFC Champions League.
Dominated by upcoming players, the side will also be bolstered with the presence of their experienced campaigners, Raymond Gunemba, Troy Gunemba, Vanentine Nelson, Ronald Warisan, Japhet Tiampo and Emmanuel Simon.

Head coach Peter Gunemba said the side expected tough competition in their pool.
He said the side would be banking on their home-grown talents unlike other teams who had opted for overseas players to boost their campaign.
"We always have faith in our own players and that is the reason we did not recruit players from overseas," said Gunemba.

"We want to expose our upcoming players to this top-class tournament and we believe this is the only way to best develop our players.
"We have many young and upcoming players in this squad with a mixture of a few senior players and we are confident of our chances."
Gunemba said the side wanted a solid foundation in their opening game and the ultimate aim was to reach the semi-final.