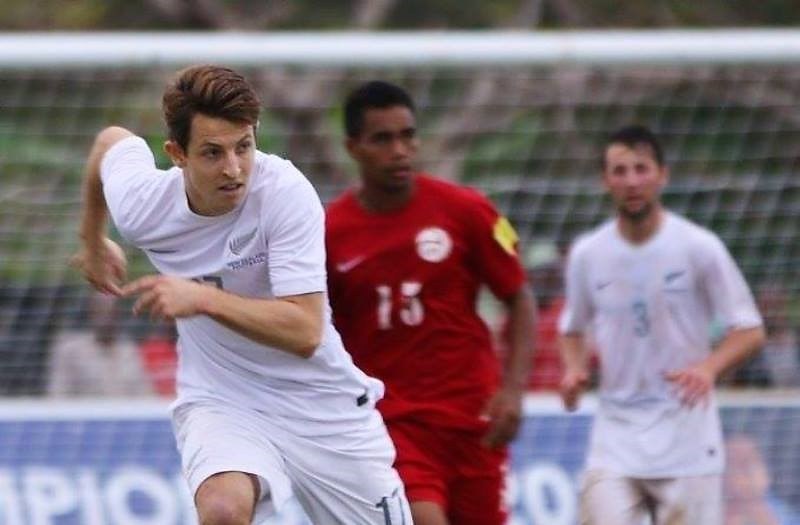 Debenham is one of two overseas players, who have been drafted into the Dwellers 22-man squad for the Group C pool matches in New Zealand. The other player was former City striker Raymond Gunemba, who plies his trade, plays with Hamilton Wanderers in the New Zealand competition.

Debenham plays for Waitakere United FC in the National Youth League and is currently the New Zealand U20 striker.

Both George and Raymond will join the team in Fiji.

The 19-year-old Western Springs man confirmed to play for the National Soccer League champions at the regional tournament.

Debenham said, he is excited for the opportunity to play for Lae City Dwellers. The son of former All White defender Nigel Debenham, George said he was willing play “anywhere upfront” and he was thankful to his teammate Maurie Wasi for setting everything thing for him.

Wasi, who has known Debenham since he was 15, confirmed that he recommended him as he thought the Kiwi’s style would complement Lae City’s approach. Debenham was a member of the Western Spring FC first U19 team that won the NZ national championships last year, and was a regular first grader with the club.

Wasi, a former PNG international said: “I’m in a position to help players who are good enough to get the opportunities to test themselves. And I’ll continue to do so if I can. “The onus is on them to embrace those opportunities.” source: PNGFA
SHARE THIS
Share it Tweet Share it Share it Pin it