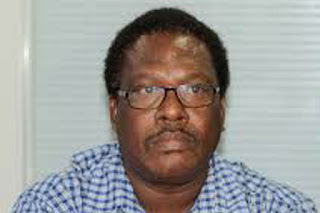 TWO members of the People’s Party have resigned to join the ruling People’s National Congress Party.
Registrar of Political Parties Dr Alphonse Gelu, pictured, told The National that he was aware of the move by Wabag MP Robert Ganim and Karamui-Nomane MP Mogerema Sigo Wei to contest the general election under the PNC banner.
Gelu, who was at the Autonomous Regional of Bougainville yesterday, said he would check his office for their release letters and do the necessary changes in the system.
People’s Party general secretary Willie Palme the party had released Ganim and Wei last week after they indicated their intention to resign.
Palme said Ganim and Wei were representing their people in Parliament and had the right to make decisions as the elected representatives of the people.
He said the executives of the party had agreed to their resignation.
Palme said the party executives were saddened by the MPs’ decision the eve of the 2017 general election. The National
SHARE THIS
Share it Tweet Share it Share it Pin it