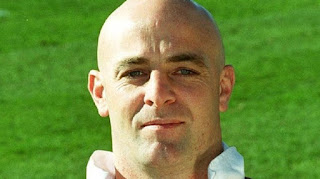 Former Southland Stags rugby player Craig Wells has been sentenced to six years' jail for the aggravated rape of a young girl in Australia.

Wells was sentenced on Thursday after being found guilty of the rape in a trial which revealed a dark off-field life involving drug and alcohol addictions mixed in with wild group sex romps.

On Wells' 45th birthday in July, 2015, his sometimes sex partner, Theresa Anne Blair, plied a 14-year-old girl with alcohol and cannabis before raping her.

Blair had sat on the girl's chest so the victim wouldn't move as she was being sexually assaulted by Wells, Australian newspaper The Newcastle Herald said in their reporting of the trial.

Later that night, as Wells raped her for a second time, he reportedly said: "I wish I could get you pregnant and have babies with you but you're too young."

And when the girl woke the following morning, Wells cuddled up to her, saying: "Did you have fun."

Newcastle District Court in Australia heard that the girl, who was still suffering significantly from the attack, had made an attempt on her life not long after the rape and had completely removed herself from society.

The Australian, who played Super Rugby for the NSW Waratahs and ACT Brumbies and was with the Stags in NZ's NPC in the early 2000s, will have to serve at least four years of the six year sentence before he's eligible for parole.

Blair was handed a jail term of five years and three months with a non-parole period of three years and six months.

Wells was considered in Australia to have been unlucky to miss out on a Wallabies jersey for the 1991 World Cup which the team went on to win.