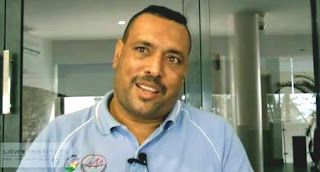 THE chairman of the Wewak Hospital Board and member of the National Health Board Allen Bird has resigned to contest the East Sepik regional seat.

“I have been very passionate about improving health in my province and the country as a whole. Resigning from these positions was not an easy decision and taken with great personal sadness,” Mr Bird said.

Aside from the chair, Mr Bird said he will continue to support health initiatives in his private capacity.

He has left the hospital in the care of a very able deputy chair Sister Celine Yakasere, a very professional board and chief executive officer Mark Mauludu.

He noted some of the many achievements the provincial hospital has done;

From being the last to the top five public institutions in transparency and accountability;
Achieved the fastest turnaround time in the country in terms of patient care;
Secured K3.5 million for four wards and two ablution blocks with new equipment to be deployed in March;
Secured K5 milion rehabilitate and construct staff housing;
Received K200, 000 for new nursing college for the province;
Discussed with Australian donors funding other critical infrastructure.
Mr Bird has expressed his gratitude to the Health Minister Michael Malabag and the Prime Minister Peter Neill for their trust and confidence to allowing him the public position. Post Courier / ONE PNG
SHARE THIS
Share it Tweet Share it Share it Pin it