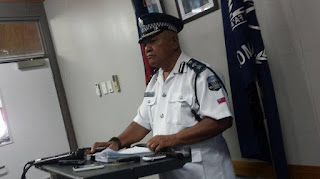 Su’a says the police are on alert and are scrutinizing the video as part of their investigations.

“The thing is we don’t actually have a law that forbids street vendors out so late and at any age too. However, there are laws against things like this assault,” he added.

The incident follows previous ones involving children roaming the streets of the city after midnight.

“What we’re doing now is looking for the kids first, then we will find their parents and have consultation. If this is a first offense we will give them first a formal warning. But if it is a second offense then it will go to court and usually this kind of thing means a year for the child, no matter how old, in prison at Oloamanu,” Su’a added.

The parents of the children though may be liable for charges as well, but Su’a says the Police must first finish off investigations.

“This also calls for the police awareness to go back out to villages. The roles of villages and their councils are very important and so we need to connect with the villages these kids are from to resolve the issue,” he added.