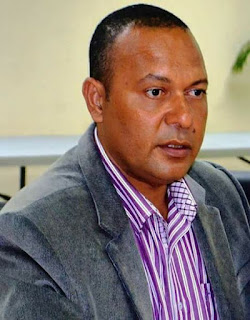 The Deputy Opposition Leader, Sam Basil, is gravely concerned over the announcement that ‘the general order of the 2017 national elections is likely to be interrupted’.

Basil questioned the role and official obligation of the PNG Electoral Commissioner Patilias Gamato in independently overseeing the success of general elections.

“Mr Gamato must be able to explain his organisation’s original advice and submission to the National Executive Council (NEC) that has provided the inspiration for these major proposed changes to PNG’s election laws,” says Basil.

“The changes will have the effect of excluding many viable intending candidates interested in contesting the limited number of provincial and open seats in PNG’s national parliament, not just in 2017 but beyond into future elections.”

Basil also cautioned media agencies to encourage sound and accurate reporting of current issues, such as all election-related matters, ahead of the issue of writs.

“Unless a future parliament has the numbers to reverse such limiting provisions that are currently on the table for passage by this heavily-induced majority government, PNG can no longer call itself a vibrant democracy.”

The parliamentary leader of Pangu Pati and current sitting Member for Wau/Bulolo Open says he is alarmed over the timing of the proposed changes.

The Deputy Opposition Leader cautions PNG citizens to be wary of the proposed amendments to election laws that will have the effect of influencing the rights and choices of voters and the outcome of the general elections.
SHARE THIS
Share it Tweet Share it Share it Pin it