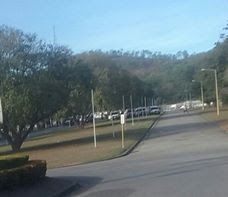 CABINET has approved K63 million in total funding for the re-building of damage at three of four State universities after the recent students uprising.

Secretary for Higher Education, Research, Science and Technology David Kavanamur confirmed this yesterday and stated the department and universities are awaiting treasury department for the release of these funds.

Professor Kavanamur said that due to the adjustment of the budgets, Treasury has been advised to release the monies in three tranches.

While the universities await those funds, the department has released K2 million yesterday for the rebuilding of damaged dormitories before the re-start of the academic year. University of Technology begins its academic year at the end of this month while the UPNG restarts the year next month.

Prof Kavanamur confirmed yesterday that K2 million is to restart the re-building process for the two universities that need urgent repairs to damages as a result of students uprising and the death of a student.