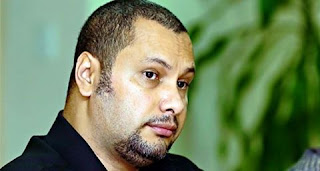 Rice is a staple diet among many Papua New Guineans and the recent revelations that a foreign company has been granted a monopoly for 80 percent of the rice market in PNG, is worrying for many of our small rice farmers.
Member for Oro Garry Juffa asked PM PETER O’Neill in the absence of Agriculture Minister and Middle Ramu MP Tommy Tomscoll to confirm this information and what the implications of this agreement would mean for many of the small time rice farmers and the price of rice should this happen.
Juffa also queried that the head of the foreign company is Indonesian fugitive Doko Tjandra AKA Joey Chan.
In his reply PM Peter O’Neill stated that many of the executives of the Rice Companies and Ministers and leaders have sought meetings with him and expressed concerns of the quota systems to be introduced as a result of the new government policy on growing rice in the country.
PM Peter O’Neil said these quota’s are being proposed by the Agriculture department and has not reached cabinet yet as such no firm decision has been made on this.
The price of rice will be regulated by the price controller and will continue to be imported and managed very closely.
SHARE THIS
Share it Tweet Share it Share it Pin it