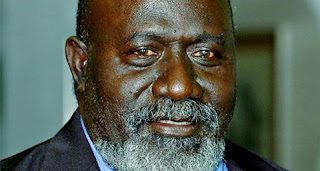 Papua New Guinea’s Minister Communications Minister, Hon. Jim Miringtoro, has called for civil legal action to be taken against online news sources who publish false and misleading information that costs millions of Kina in lost national investment, income and employment.
The Minister made the remarks following recent online news published on sites including LoopPNG, EMTV and ABC that were completely inaccurate but went viral through global news sources and social media.

“As our country prepares to host the most significant trade and investment forum in our history, we have these online news reporters sending information around the world that is false,” the Minister said.
“We have a situation where a single online reporter, usually foreign with little knowledge of our country, can press a button and wipe out tens of millions of Kina in foreign investment and income.
“This is particularly concerning in the current global economic environment, foreign investment and trade markets are fragile and sensitive to sensational reporting.”
The minister said that even worse than any monetary cost, the image of our people is further tarnished by the inaccuracy and incompetence of some online reporters.
“We have been changing the perception of our nation particularly over the past five years of our Government.
“Our Prime Minister, Peter O’Neill, has engaged at a more comprehensive level with world leaders than any previous leader of our country, and now the Prime Minister is bringing APEC to Papua New Guinea.
“Positive interest in our country has been growing and people from Australia to Europe are seeing a different Papua New Guinea.
“They are seeing a Papua New Guinea that is changing and developing and they are seeing a country that is open for business and investment.
“We will not tolerate the damage caused by reporters who report rumors without bothering to check the facts.
“Some of these online reporters seem to only care about increasing the number of people who visit their sites, so we must consider legal action and make them pay for the damage they cause to our people and to our country.
“Online media is a natural part of our lives these days and a place where we can get so much information.
“Sometimes there is misleading information on social media and people soon wake up to this, but we expect more from large multinational companies and government organizations who produce online news.
“The eyes of the world are on Papua New Guinea as we prepare for APEC in 2018.
“All we ask of media is that they are accurate and balanced, so that the world will get the opportunity to see the real and emerging Papua New Guinea of today.
“This is an issue beyond politics, and is an issue of respect in our nation that we expect of any writer, particularly foreigner, who reports on our nation.
“For now we appeal to news organizations to be responsible, and if this is not the case, we will see you are taken to court and are forced to pay damages for the investment and employment you harm.”
Fact Sheet
Following a recent attempted robbery in Alotau, the Digicel LoopPNG published a completely false story:
• With the picture of a gunman from the Middle East implying they were in Alotau;
• Claimed hostages were being held by gunmen when this was not the case;
• Claimed that the town was in lockdown when this did not happen
[The photograph published by LoopPNG suggesting that the gunman was in Alotau. This is a file photograph of a gunman thought to have been taken in the conflicts in Afghanistan or Syria.]
Following the same attempted robbery EMTV online suggested:
• Foreign visitors had been taken hostage by gunmen but this was just an incorrect rumor;
• That eight visitors were still unaccounted for, implying they were in danger – while the reality is that they were enjoying a boat cruise.
ABC from Australia recently published claims:
• That four students had been killed during student protests when this was just rumor;
• The story and ABC footage went global seen in more than 100 countries around the world;
• The ABC apologized but the damage could not be reversed.
SHARE THIS
Share it Tweet Share it Share it Pin it