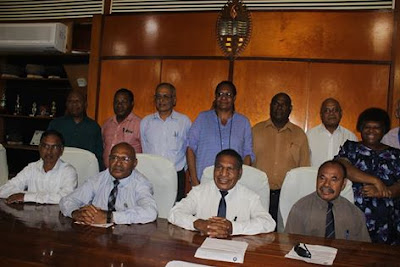 The University of Papua New Guinea has terminate its 2016 Academic Year.


UPNG Council handed down the decision this afternoon in front of a pack students at the Waigani Campus Forum Square.
The Council decision follows 9 weeks of students boycott and unrest at the campus.
UPNG Chancellor Dr Nickolas Mann who announced the decision said, the UPNG Council decision is to protect the integrity and quality of the university, as its the premium university in the country.
Dr Mann explained that the Council decision is based on two grounds.
"The basis of the decision is two folds. Firstly, is the academic environment, ah the council is convinced that the environment where the process of learning and teaching is not suitable at this pointing time, the lack of peace in the heart of students and staff is a tangible situation therefore the council had came up with the decision. The second aspect of the decision is the issuance of violence that we have seen on the 23rd and 24th of June at the Campus.And the fact that classrooms doors were opened but students were reluctant to attend due to intimidation".
The Council decision also covers the School of Medicine and Health Sciences.
The students were given until weekend to vacate the campus.
Sponsors of students are to meet the students travel expenses back to their respective provinces.
Office of Higher Education have been informed of the council decision and its understood, its in the process of organizing return ticket for the students who are under the government scholarship program.
Meantime, students at UPNG received the Council decision with mixed feelings, with some emotional as they were NOT properly informed of how to go about after the decision.
The most worried students are the first and final year students.
Some final year students say they wish to finish the year and graduate next year, with the concern that their parents can not afford school fees, if they are to repeat their year of study.
Come 2017 Academic year, University of Papua New Guinea will have two lots of first year students, something the Chancellor Dr Nicolas Mann described as abnormal.
Chancellor Dr Man and his Council members explained that, the most affected group of students, with regards to the Council decision would be the first year.
This is because the university will continue its normal intake with the school leavers in 2017.
But, when asked how the administration is going to cater for the current first year, the Council members gave the assurance, that the senate will work out a win-win solution for both, the school leavers for 2017 and this year First Year students.
The Second, Third and Fourth year students will have to repeat their year of studies next year.
The Council further said, Tuition fees for semester one has been used up by the students already, however, refund of Semester two Tuition Fees will be deliberated on by the Council in its next meeting.
The Council has also announced it had terminated the UPNG S-R-C Constitution for 2016.
NBC/ ONEPNG