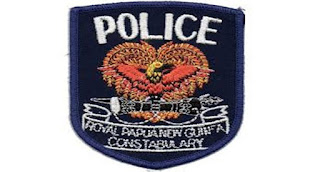 A suspect who attempted to bribe a police officer in Manus  was arrested today and charged for bribery.

During the process of Police Investigation the suspect was alleged to have offered K190.00 to the police investigating officer and demanded him to drop of his case and set him free.

The investigating officer, First Constable Markson Gamui OIC/CID Lorengau brought the matter to the attention of the PPC’s office, who directed an investigation and the suspect was arrested and charged for bribery.

Acting PPC David Yapu commended his officer for taking such a bold stand and honest stand. Mr Yapu said as Police officers were mandated by the Constitution, they must enforce the law justly, without fear, favour, malice or ill will.

He said by doing this will restore public confidence in the police force. Mr Yapu stressed that this is a classic example of illegal practice and corruption at the work place.