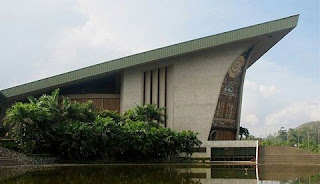 PNG first Prime Minister, Grand Chief Sir Michael Somare says, "Decolonisation and independence of Melanesian countries are processes of liberation close to my heart. The Noumea Accord, for instance, symbolizes the pursuit of self-reliance and autonomy synonymous with the rights and freedoms available to all peoples of this century. In practice the Accord provides for technical assistance, training programmes for the Kanaky people still residing under French sovereign rule. Such arrangements already provide a legal and practical framework for the indigenous people of New Caledonia to fully exercise their right to self –determination, even as they long for independence."
"Our decisions made at the MSG Leaders’ Summit over these next two days will embed values in future generations of Melanesian people who will regard our solidarity with admiration if we make the right decisions regarding decolonization and self-determination. From today we will tell our own story, the story of our constitutional and universal right to exercise the freedoms given to us at independence in each of our countries. Today we can, by consensus, trigger the process for greater self-determination to be enjoyed by West Papuans."

"As a Founding Father I am encouraged by the progress made already on the key issue of West Papua's full membership to the Melanesian Spearhead Group. I am inspired that the MSG senior officials, Ministers and Leaders will have maintained consensus despite some complex and sensitive diplomatic, economic, social, and political issues. Genuine and inclusive consultation amongst all MSG member states and one territory in considering the future path to decolonization and self-determination for West Papua is critical now more than ever before."
Somare says we can strengthen the Melanesian Spearhead Group and our region, which includes West Papua, by ensuring that Melanesian leaders in Honiara approve the United Liberation Movement for West Papua’s application for full membership to the Melanesian Spearhead Group.
All MSG member states and one territory have experienced some level of political upheaval and civil conflict requiring decisive political and economic reform and declarations for peaceful transitions to occur. The export of mineral resources and agricultural commodities remains a key source of revenue for all states and one territory at the MSG.
Therefore, Somare says it is essential that we endeavor to sustain political stability in order to buttress economic and environmental sustainability for the good of all Melanesian people.
"But our sub-region can only prosper when all political, economic, socio-cultural and environmental issues are considered in the same light according to the needs of all of our people," he adds.
"Our growth potential relies on our diplomatic and official relationships, our ties and our linkages to the rest of the world. But as a group of ethnically linked people we have always relied on talking, exchange and cultural participation."

"We are Melanesians after all. That is what makes us distinct. We bring those distinct features to every forum but this week at the Melanesian Spearhead Group Special Leaders’ Summit we have a unique opportunity yet again to decide on our own future with integrity as self-governing and independent members of a powerful sub-regional bloc."
"More than ever that sub-region needs to include West Papua as an integral part and, as an equally participating member, " he concludes.
SHARE THIS
Share it Tweet Share it Share it Pin it