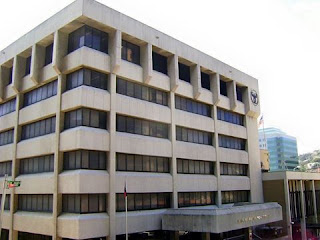 Papua New Guinea (PNG) can now expect more organizations to invest and do business in country following the recent removal of the country from the Financial Action Task Force (FATF) Gray List.
This was announced in a joint media conference by the Department of Justice and Attorney General and the Bank of Papua New Guinea (BPNG) on the successful removal of PNG from the gray list on June 21st, 2016.
According to the Deputy Secretary for Justice and Attorney General Ms. Roselyn Gwaibo, the gray list indicates that PNG is not a suitable country when it comes to investments and doing business.
PNG was put on the FATF gray list back in 2014 for failing to establish and implement adequate measures to combat money laundering and terrorist financing as recommended by FATF and since then PNG has been working to getting off that list.
“Prime Minister Peter O’Neill wrote to FATF making a high level commitment that we will try to work towards getting off the list,” she said.
“Since then our state agencies have been very cooperative and through the National Coordinating Committee for Anti- Money Laundering and Counter Terrorists Financing, worked together to effectively remove us from the List.”
Ms. Gwaibo also said the work involved a lot of institutional reforms as well the passage of two brand new laws and revision of three other laws in close engagement with regulated entities like the banks, lawyers and financial insurance companies affected by the legislation, and the success of reform is characterised by three approaches; commitment at the political level, strategic coordination to drive the reform and partnership with pacific countries for their support in coming up with suitable solution for PNG’s case.
This is all good because BPNG’s Acting Director for Financial Analysis and Supervision Unit (FASU) Mr. Benny Popoitai said money laundering and terrorist financing are a lucrative business and thrive in environment where there are week laws because both involve the use of a country’s financial system and undermine the sovereignty and stability of a nation.
“Failure to take action following the gray listing would mean PNG would be in danger of further being downgraded to being black listed,” he said.
SHARE THIS
Share it Tweet Share it Share it Pin it