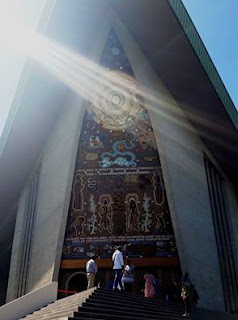 Port Moresby, July 1, 2016 – In a sign of strong commitment to effectively promote political and parliamentary stability, leaders from PNG and other Melanesian countries gathered in Nadi this week to discuss critical issues on the link between political stability and achieving the Sustainable Development Goals (SDGs).

The two-day conference, organized by UNDP, was attended by 100 participants, representing governments, parliaments, electoral management bodies and civil society organisations from Papua New Guinea, Kiribati, Fiji, Solomon Islands and Vanuatu who shared their experiences on reforms to promote stability in their respective countries.
Over the last decade, a number of Melanesian countries have experienced frequent changes of government and numerous motions of no confidence in their Parliaments. Although the removal of a Government through a vote of no confidence is an important tenet of the Westminster parliamentary system, which most Pacific states have adopted, the implications of political instability and frequent changes of Governments on long term development needs careful consideration.

When legislatures are seen primarily as venues for taking power, Parliaments may not be able to effectively carry out their other functions including effectively providing oversight of Government policies and programmes, scrutinising drafts laws, representing the views of citizens at a national level being a forum for national dialogue.
Facilitated by the UNDP, the conference explored the link between development and political stability, as well as factors impacting on stability including constitutions, electoral systems, political and cultural dynamics and parliamentary rules. The conference also discussed the drivers that impact on political and parliamentary stability in Melanesia and what steps Pacific Parliaments can take to ensure that oversight of the Executive is strengthened whilst also providing political and parliamentary stability.
Delegation from PNG, led by Hon. Bob Dadae, member for Kabum, was comprised of representatives from key Government agencies, including Department of Prime Minister and National Executive Council, National Planning, Ombudsman Commission, Electoral Commission; members of the Bougainville House of Representatives, representatives of public sector - Sir Moi Ave.
UNDP supported participation of the PNG delegation as part of its work on strengthening the work of PNG parliament, including the ongoing initiatives on ICT support, legislative reforms and women’s empowerment.
SHARE THIS
Share it Tweet Share it Share it Pin it