Parliament must abide by laws : Judge 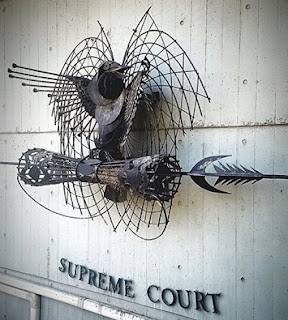 The parliament has come under heavy criticism by the Supreme Court today for frustrating parliamentary procedures in that adjournments to sittings were not properly conducted as stipulated by laws of the parliamentary standings orders.
Chief Justice Sir Salamoa Injia, in handing down a decision for parliament to reconvene in 5 days, said the incidences of adjournments have continued even after the courts invalidated constitutional amendments sought by parliament to reduce the number of sitting days as well as service of no confidence motions in the PM.
Sir Salamoa Injia said it was a dangerous threat which threatened the Independence of parliament.
He said such abuses of procedures would require the court to apply sanctions to prevent the dangerous trend and allow for parliament to conduct its business freely without interference.
SHARE THIS
Share it Tweet Share it Share it Pin it